Why Hong Kong’s Extradition Bill was the final straw

Why Hong Kong’s Extradition Bill was the final straw 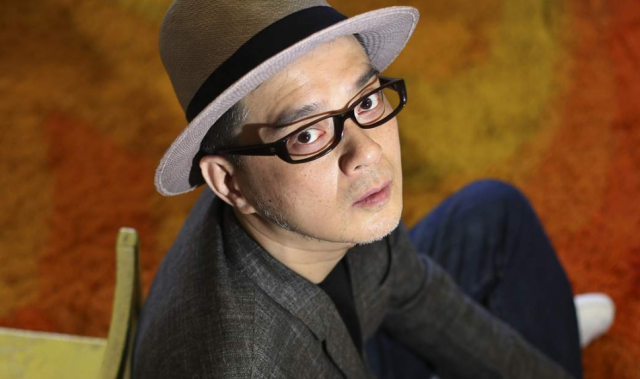 Over the course of his 30-year music career, Cantopop star and native Hong Konger Anthony Wong has become well acquainted with Chinese censorship. From being told to sing in praise of “a harmonious society” at his mainland China concerts to having innocuous lyrics like “our love is a game of power” removed from his songs, making music has always felt like “walking a tightrope” for Wong.

But in recent years, Wong and other outspoken artists have increasingly been feeling the impact of Beijing-directed censorship at home in Hong Kong. After Wong spoke publicly in support of the 2014 pro-democracy Umbrella Movement, he says his work opportunities dried up in Hong Kong as well as on the mainland.

The now-scrapped Extradition Bill is the tip of the iceberg when it comes to Hong Kongers’ grievances against their government.

“There is a lot of pent up frustration that’s accumulated since the Umbrella Movement,” Wong says of the Extradition Bill protests that have swept Hong Kong these past few months. “People are finally letting it all out.”

The now-scrapped Extradition Bill is the tip of the iceberg when it comes to Hong Kongers’ grievances against their government. Under Hong Kong’s Basic Law, sometimes referred to as a mini-constitution, the territory is supposed to enjoy “a high degree of autonomy” from Beijing, and its citizens are guaranteed a wide range of human rights. But these promises have been under threat for years, as Amnesty shows in a new report.

Since 2014, the Hong Kong government has increasingly embraced Beijing’s definition of “national security”, which allows for the targeting of journalists, activists and critics under vague pretexts. The people of Hong Kong fear a slide into the repressive style of rule seen in mainland China, and the belated withdrawal of a single bill has done little to allay their concerns.

In 2017, President Xi Jinping gave a speech warning that any attempt to endanger China’s sovereignty and security or challenge the power of the mainland government crosses a “red line” and must be dealt with harshly. The Chinese definition of national security essentially means anything that runs counter to the Communist Party’s goals, and this interpretation is progressively creeping into Hong Kong policy.

For example, any advocacy or even discussion of self-determination for Hong Kong is considered impermissible by the mainland government. The Hong Kong government has increasingly echoed this idea that merely discussing the idea of independence is an affront to China’s national sovereignty and security, and a breach of the “one country, two systems” principle enshrined in the Basic Law.

In 2018 Hong Kong Law professor Benny Tai was subjected to months of media smears for mentioning in a seminar that one option for Hong Kong to exercise self-determination was independence. Many Hong Kong lawmakers joined in publicly denouncing Professor Tai, arguing that even discussing independence was a threat to national security.

Without a proper investigation into the conduct of police, Hong Kong risks becoming mired in a vicious cycle of protest and violence.

People in Hong Kong have been growing progressively more outraged by this strangulation of their promised freedoms. The mass demonstrations that erupted following Chief Executive Carrie Lam’s proposals for the Extradition Bill are a manifestation of this anger. As protests have worn on, the responses of both Beijing and Hong Kong have been a perfect illustration of the growing repression that brought people to the streets in the first place.

Beijing described the protests as attacks on China’s sovereignty orchestrated by “foreign infiltrators”; the Hong Kong government has arrested large numbers of protesters, including peaceful protesters and mere bystanders. Unnecessary and excessive use of force by police has escalated tensions

One of the key demands of protesters now is for there to be a thorough and independent investigation into the inappropriate use of force by police, which has included the wide-scale deployment of tear gas, rubber bullets and pepper spray. Lack of accountability for police violence during previous protests has emerged as a key concern for many of the activists Amnesty interviewed.

Without a proper investigation into the conduct of police, Hong Kong risks becoming mired in a vicious cycle of protest and violence. Initiating a genuinely independent investigation would be one way for the Hong Kong government to show it will respect the right to peaceful assembly and is willing to uphold the Basic Law. The Hong Kong government should also stop its persecution of peaceful activism and critics under the guise of national security and ensure it protects the human rights of everyone in Hong Kong, regardless of their political beliefs.

In June, with the protests in full swing, Anthony Wong released a song about the Tiananmen Square crackdown called “Is it a crime”. Swiftly banned in China, the song topped the charts in Hong Kong. There is still hope for freedom of expression in Hong Kong – but its leaders must work harder than ever to resist Beijing’s “red line”.

Protection of ‘traditional marriage’ should not be an excuse for discrimination
Hong Kong is our home, and we have to stand up bravely regardless of our gender